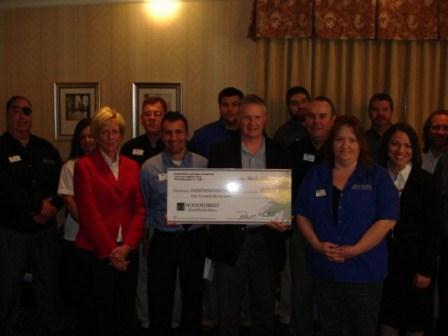 Central Pennsylvania Food Bank has been dedicated to ending hunger for over 30 years. Executive Director, Joe Arthur and his team fulfill the mission by working in partnership with a network of community agencies that directly serve people who are hungry.


Central Pennsylvania Food Bank was established in 1981, as a one-day demonstration on World Food Day, and has grown into a double warehouse operation with a recent expansion of an additional 28k square feet, allowing the organization to distribute 22 million pounds of food annually. The Food Bank supports several various feeding programs, including their PowerPack program.

The PowerPack program supplies the nutrient-rich food that children need to develop and grow. Statistics show that one in five Pennsylvania children is struggling with hunger. This program allows the children to have food during the summer months when school breakfast and lunch are not available.