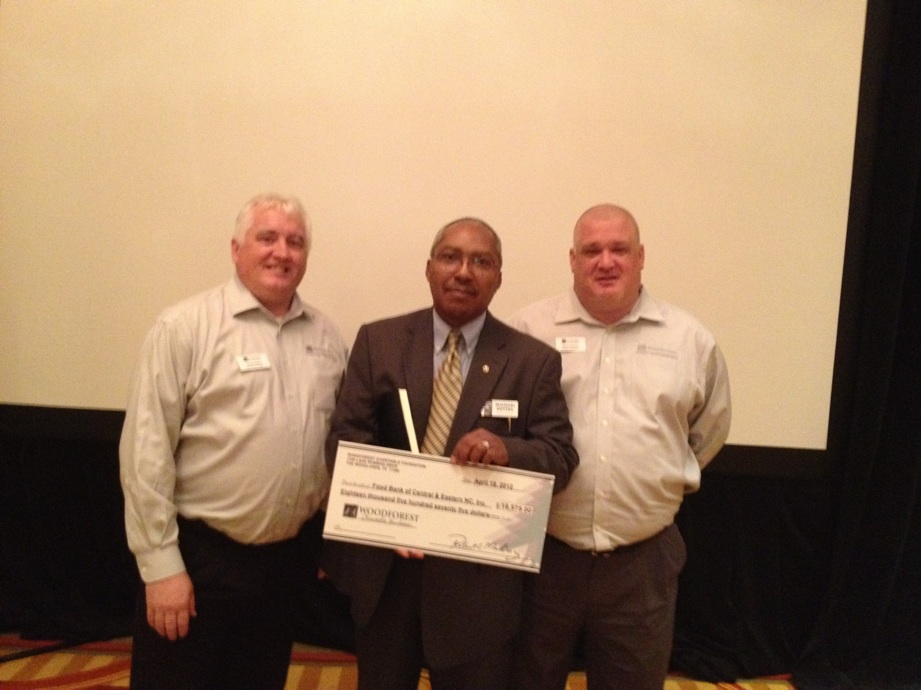 Established in 1980, the Food Bank is a nonprofit organization that has provided food for people at risk of hunger in 34 counties in central and eastern North Carolina.  The Food Bank serves a network of more than 800 partner agencies such as soup kitchens, food pantries, shelters, and programs for children and adults through warehouses in Durham, Greenville, New Bern, Raleigh, the Sandhills and Wilmington.

More than 300,000 children in the Food Bank’s service area are eligible for school-based free of reduce-priced meals. For many, these meals provided at school may be the only food they receive that day. In the evenings, on weekends and during summer vacation, they may not know where or when they will receive their next meal.

For more information on Woodforest Charitable Foundation’s contributions to this organization, please contact this agency directly at (919)875-0707 or visit www.foodbankcenc.org.

The Woodforest Charitable Foundation was created by Woodforest National Bank in 2005 as a direct result of its desire to support and invest in the communities in which it serves.  The Foundation is creating a legacy of commitment to those in need, enriching lives and communities through dedicated leadership and faithful administration by providing funding to qualifying 501(c) (3) charities. For additional information regarding The Woodforest Charitable Foundation, call (832) 375-CARE (2273) or visit the foundation’s website at www.woodforestcharitablefoundation.org .