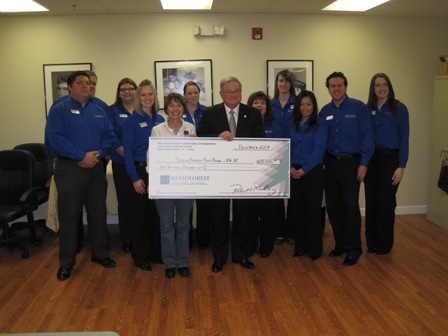 “The current economy has created difficult challenges for many individuals and families this year, and there has been a significant increase in the needs of the ‘working poor,’” said Kim Marling, executive director of Woodforest Charitable Foundation. “We realize that hunger is not exclusive to any single race or neighborhood and there is no particular ‘face of hunger.’ It reaches across all ages, race and income levels. For this reason, Woodforest supports Second Harvest Food Bank of Northwest NC in their efforts to provide the most basic of needs: nourishment.”