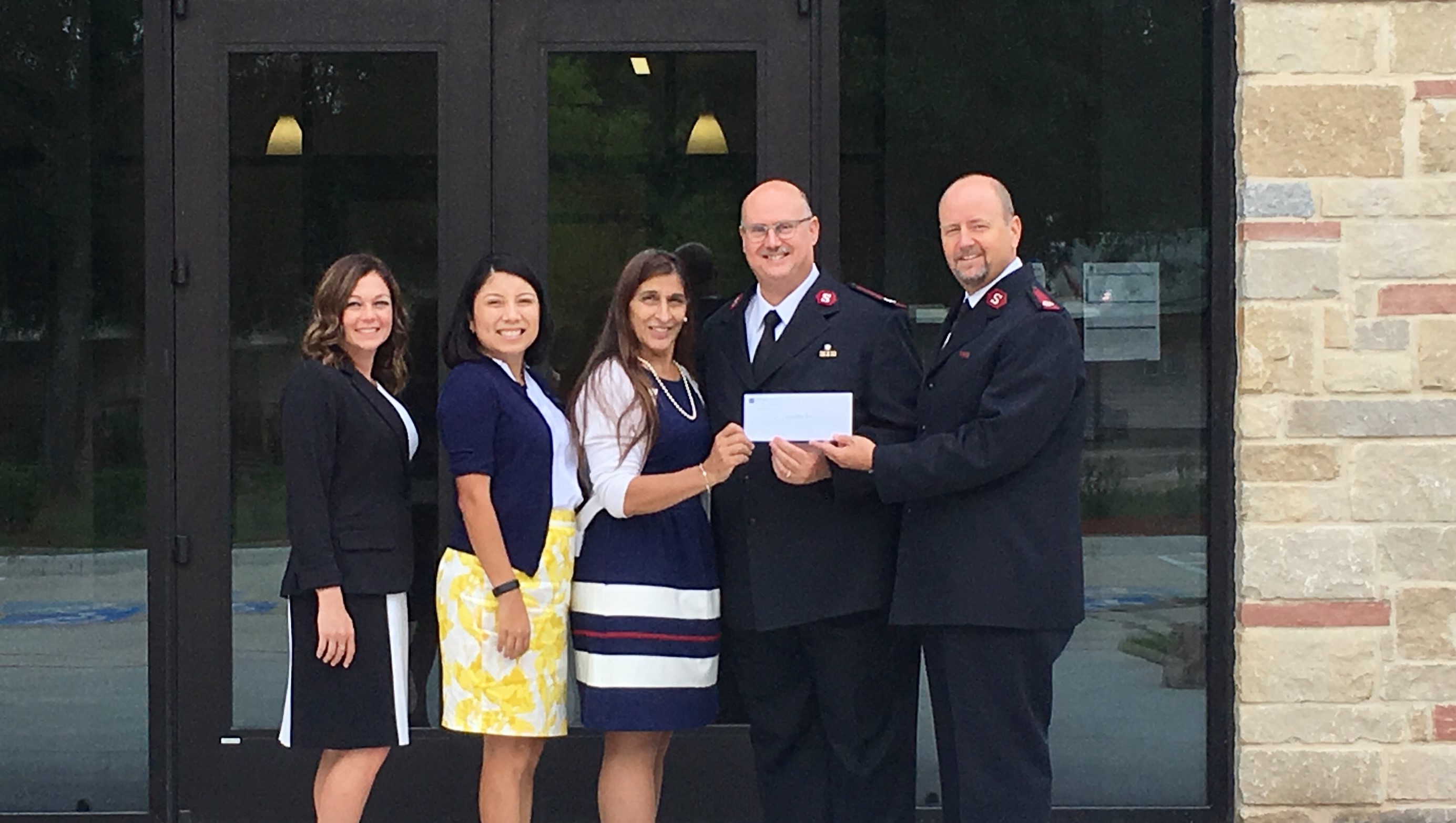 The Woodforest Charitable Foundation has recently made their second of three $50,000 donations to the newly built Conroe Shelter – The Wayne Bergstrom Center of Hope. The Salvation Army's mission is to address homelessness, food insecurity, and poverty within Montgomery County. The new shelter will have the capacity to accommodate approximately 74 individuals, doubling the number currently being served on any given night, in addition to allowing for lodging of families, as well as the continuation of the daily lunch program. Receiving the contribution on behalf of The Salvation Army were Majors Kent Davis (Area Commander) and Don Wildish (Conroe Corps Officer) along with Lisa Garces, Development Director.

Woodforest Charitable Foundation is pleased to partner with The Salvation Army and other charities, with the help of fundraising efforts from Woodforest National Bank, throughout communities that we serve.