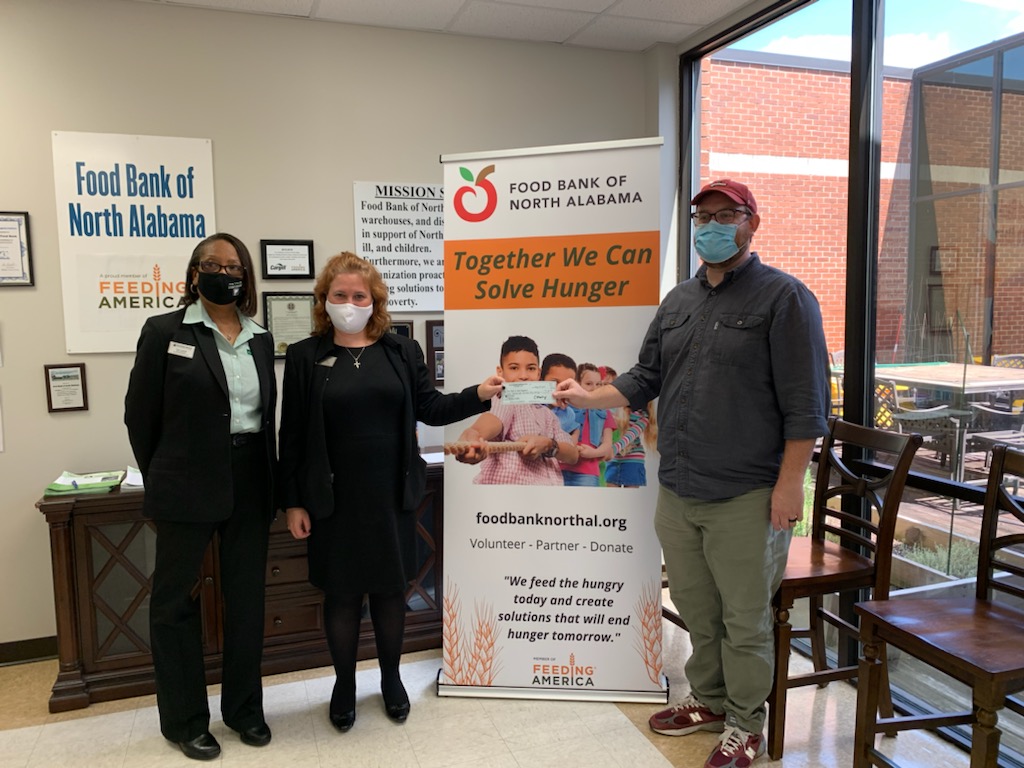 
Food Bank of North Alabama was opened in 1984, and now serves 11 counties with the help of 216 affiliated non-profit feeding programs that procure and distribute 5 million pounds of food annually.
Food Bank of North Alabama has a two-fold mission:
(1) We procure, warehouse, and distribute food products in support of North Alabama’s needy, ill and children.
(2) Furthermore, we are a regionally-based organization proactively committed to finding solutions to help end hunger and poverty.
Food Bank of North Alabama participates in many feeding programs including Disaster Relief, Community Food Security, and BackPack Programs.
The BackPack Program provides children with nutritious food on the weekends and holidays when school meals are not available. Backpacks are given out on the Friday before the weekend, and contain six meals and two snacks. Each backpack consists of a variety of child friendly, easy to prepare food including protein and fruit juices.