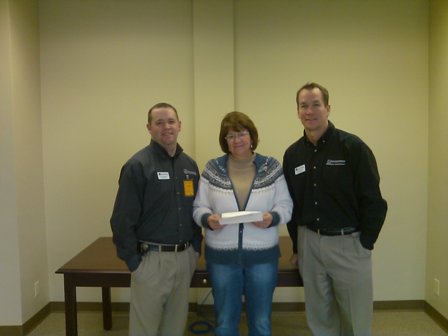 The Columbus Dispatch reported on November 29, 2009 that one in four Ohio children under the age of five is hungry or at significant risk of hunger.  The Ohio Association of Second Harvest Foodbanks is a proud supporter of the Kids Café program.  Kids Cafe programs provide free meals and snacks to low-income children through a variety of community locations. In addition to providing meals to kids, all Kids Cafe programs also offer a safe place, where under the supervision of trustworthy staff, a child can get involved in educational, recreational and social activities.  “Double-digit unemployment rates throughout Ohio have caused the domino effect of increased poverty, which means families cannot meet their most basic needs.  For the first time in their lives, many Ohioans must depend on the kindness and generosity of others,” said Lisa Hamler-Fugitt, Executive Director for Ohio Association of Second Harvest Foodbanks.  “On behalf of the millions we serve through Ohio’s foodbanks and The Ohio Benefit Bank, please accept my sincere thank you for your generous gift of $10,500.”

For more information about the Ohio Association of Second Harvest Foodbanks, please call (614) 221-4336 or visit www.oashf.org.