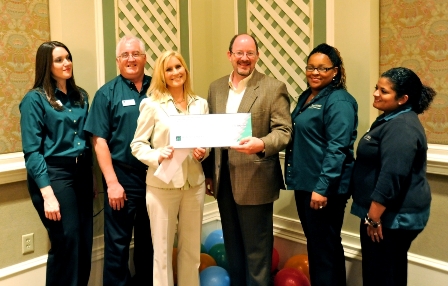 One in four people in a soup kitchen line is a child.  The growth of the Second Harvest Food Bank of Southeast North Carolina network is directly related to the growing number of hungry people in North Carolina.  The Food Bank remains committed to fighting hunger by providing nutritious food to a network of over 200 non-profit members throughout seven counties.  The agencies often come in a variety of forms to include food pantries, churches, soup kitchens, homeless shelters, other charitable organizations and group homes.

Second Harvest Food Bank of Southeast North Carolina is also a proud supporter of the BackPack Program. The BackPack Program is a system of assisting children of low income families with food, to sustain them over each weekend. Children receiving subsidized or free school meals are guaranteed food throughout the week but have no such resources over the weekend. This program provides them with enough nutritious food to last the weekend, issued each week, from a school representative.

“Unfortunately, children tend to be the innocent victims when families experience financial difficulty,” said Kim Marling, Vice President/Executive Director of Woodforest Charitable Foundation.  “We firmly believe that no child should ever have to say ‘it’s not my turn to eat today’. We are pleased to assist the Second Harvest Food Bank of Southeast North Carolina’s BackPack Program which provides nutritious meals to almost 600 children who are at risk of being food deprived over the weekend.”
For more information about Second Harvest Food Bank of Southeast North Carolina, please call 1-800-758-6923 or visit www.ccap-inc.org/foodbank.